AudioThing has released version 1.2 of Outer Space, an audio effect plugin that offers a faithful emulation of the vintage Space Echo tape echo machine made in the early seventies. The update includes various improvements and fixes. 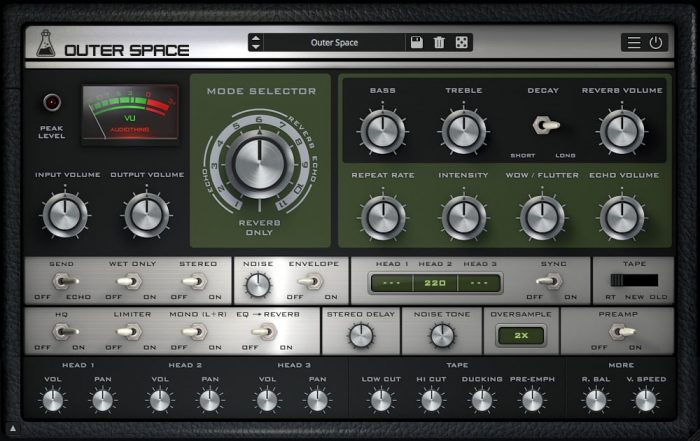 As the original unit, Outer Space features a tape echo section with three playback heads and a spring reverb tank.

We have modelled three different tape frequency responses and saturations, along with all the analog imperfections of tape recording/playback. We have also modelled the ballistic response of the delay rate (repeat rate) which can create eerie pitch shifts (due to the Doppler effect), one of the classic tape echo-based sound effects.

The plugin is available for Windows and Mac in VST/VST3, AU and AAX plugin formats.

Regularly 69 USD/EUR, Outer Space is on sale for 59 USD/EUR until February 12th at AudioThing and distributor Plugin Boutique.