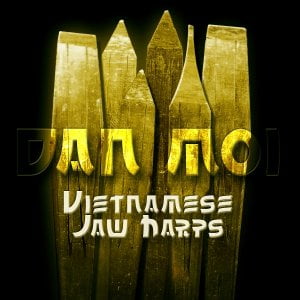 The Dan Moi is an aerophone that is part of the large jaw harp family. It is traditionally played by the Hmong (Mèo) people from the mountainous regions of Vietnam, China, Laos, and Thailand. Dan Moi is the Vietnamese name of this traditional musical instrument, which translates to “instrument of the lips”.

The Dan Moi – Vietnamese Jaw Harps library contains six instrument sizes, from low to high, made of brass. Each Dan Moi is tuned to a different base note, from which we created a range of vowels and overtones by varying the mouth resonance during performance.

The library is available for purchase for $29 USD. A DVD version costs an additional $9.95 USD. All formats are included.