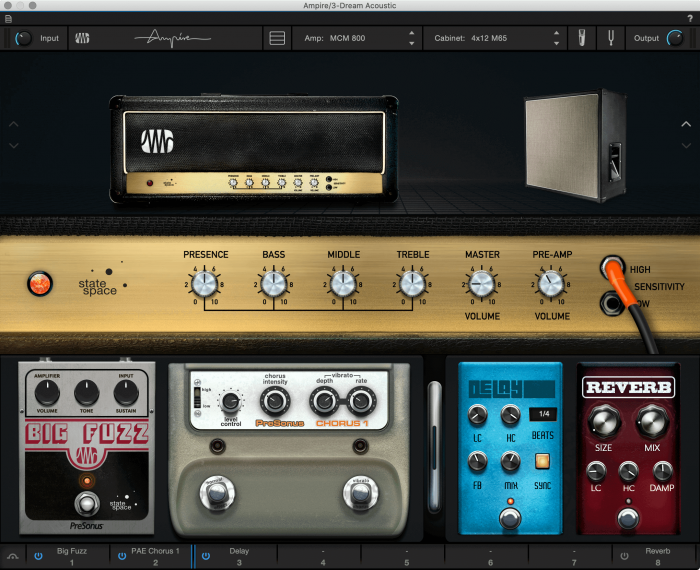 The company has made its Channel Strip plugin collection and Fat Channel XT plugin available in VST, AU, and AAX format, released a free VU Meter plugin, and lowered prices on its Fat Channel Collection plugins.

These are the first State Space Models ever released in VST, AU, and AAX format; previously, PreSonus has only used this meticulous modeling technology to develop Studio One Native Effects plugins.

State Space Modeling is a mathematical method of transferring each component of an analog circuit into the digital domain while maintaining the unique sonic characteristics of the original hardware. Ampire offers five new State Space-modeled amplifiers, 13 effects pedals, and 16 impulse response-based cabinet models, plus a user model to load in custom IRs.

In addition, Ampire introduces an updated pedalboard featuring State Space Modeling re-creations of several classic pedals, a precision tuner that is switchable between Standard and Strobe modes, and a choice of user interface options. A separate Pedalboard plugin with just the pedalboard and 13 stompbox effects models is included with Ampire.

Ampire is available in VST3, AU, and AAX formats for $59.95 USD from the PreSonus Shop. Studio One Prime and Artist users can upgrade their Ampire experience with this Add-on. Studio One 4 Professional users will receive a complimentary license for Ampire in VST3/AU/AAX formats.

PreSonus has also made its Fat Channel XT plugin and Channel Strip Collection available for the first time in VST3, AU, and AAX formats. 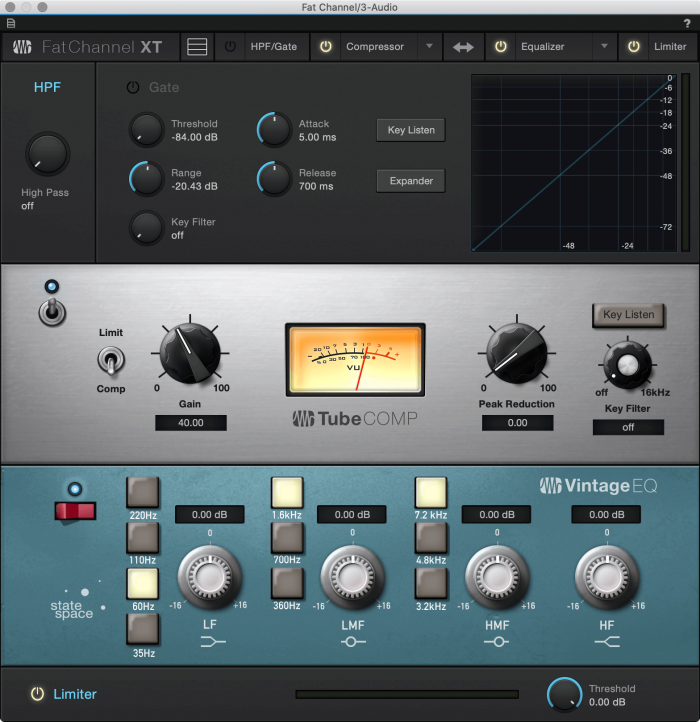 To top it off, PreSonus is offering a free VU Meter VST3, AU, and AAX plugin with a built-in correlation meter and variable sensitivity. Finally, the company released its free PreSonus Hub universal plugin manager application for macOS and Windows. 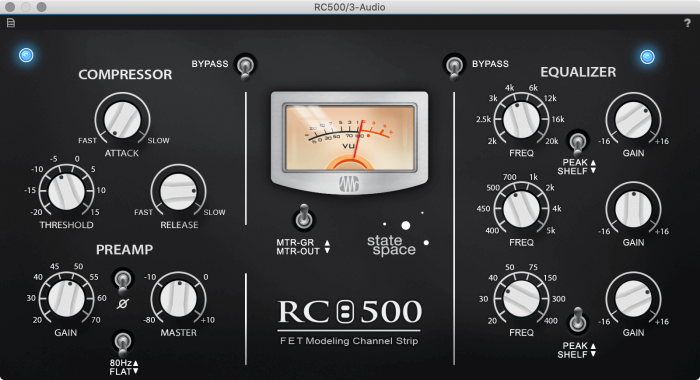 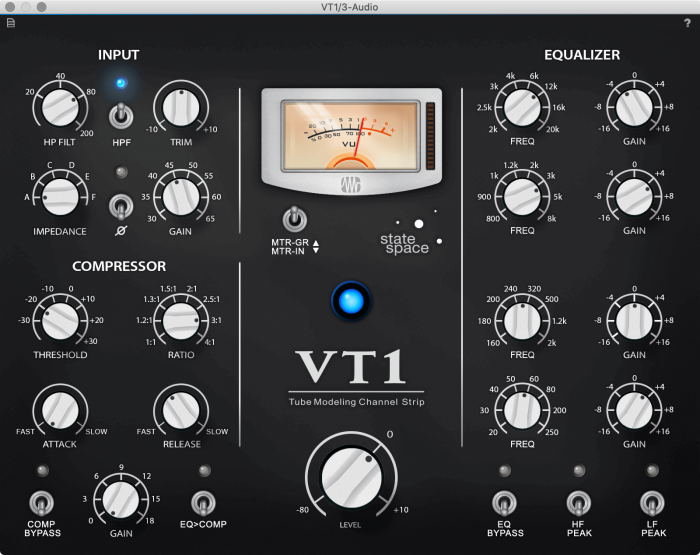