Primal Audio has launched FM4, a synthesizer app for iOS. 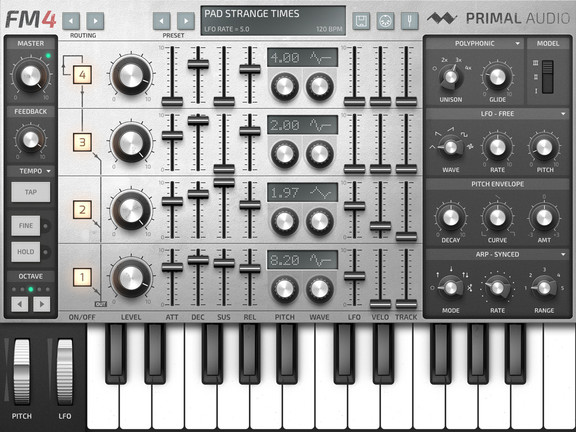 FM4 is a four operator FM synthesizer for iPad. Modelled on the first commercially available FM synths from the 1980s FM4 provides the same gritty sound, with a modern interface, and without being bound by the limitations of the original units. For example we have thrown in an arpeggiator, a thick unison mode, and a pitch envelope with a tweakable curve ideal for percussive sounds. Thus FM4 is capable of producing a multitude of sounds, ranging from punchy basses, crystal-clear bells, and lush pads, to organic textures, striking drums, and piercing leads.

The app is available for purchase for the introductory price of $0.99 USD through December, 2014.