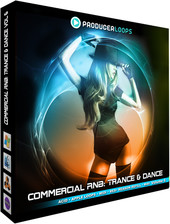 Combining the smoothest RnB progressions with the high energy, club-shaking sounds found in Trance and Dance music, ‘Commercial RnB: Trance & Dance Vol 6’ is a hugely versatile multi-format library that’s set to fuel your next chart-smashing hit. Of course, with such an expertly crafted selection of raw and punchy basslines, in-your-face synth leads, pads, build FX and more, the appeal of this pack isn’t limited to those looking for chart domination. Producers of more underground styles will find plenty of inspirational material suitable for virtually any kind of Electronic music.