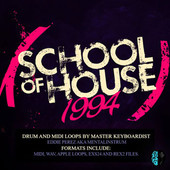 Producer Packs has announced the release of Eddie Perez – School of House 1994 and Jeremy Sylvester – Back to 95, two new sample libraries. 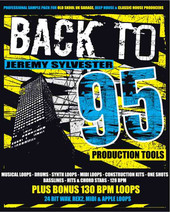 Jeremy Sylvester – Back to 95 – Capture the original 1995 UK Garage and House sound from one of the legends of the scene with this exclusive Producer Pack.

Jeremy’s career in the music industry spans nearly 15 years, and in that time he has become one of the most prolific underground House & Garage producers in the UK. His work with 2 lengendary UK record labels Nice n Ripe & Azuli throughout the nineties saw him influence an entire generation of young underground House & Garage music producers in the United Kingdom and around the globe.

This Exclusive new sample pack by Jeremy was developed to provide you with essential tools to add those special ingredients into your own musical productions. Some say the early nineties provided some of the best House music of all time and this special sample pack was designed to capture those elements.