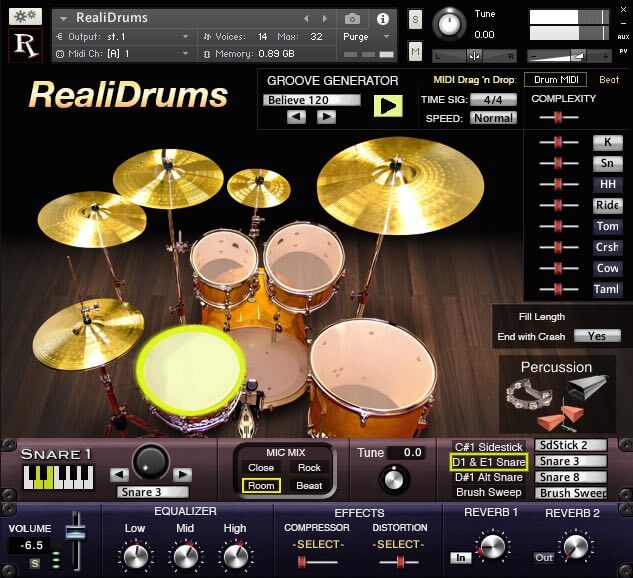 This update adds new samples, including brush sweeps and hi-hat foot samples. There are now 42 snares, as well as a wide selection of other drums, each with velocity layers and round robins. Individual outputs are now supported, as well as customizable keyboard mappings.

The “Groove Generator” has also been revamped, including quadrupling the number of beats, adding a new Time Signature menu, as well as the ability to play fills on the fly from keyswitches. These fills automatically play in sync and adjust in length, depending on where in the beat they are played.

The MIDI Drag & Drop feature has also been updated and now includes the ability to drag either the current beat (with whatever complexity and other settings are currently set), the most recent fill, or even the entire last “Performance,” which is all the MIDI data performed by the Groove Generator during the last “Play.”