reFX has announced the release of the Essential Dubstep Vol.1 sample pack by Vengeance. reFX is now the exclusive distributor of all Vengeance samplepacks and soundsets. 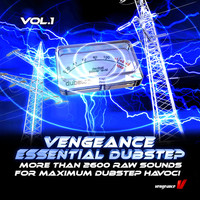 The long awaited Vengeance Dubstep Sample pack is here! More than 2,500 furious dubstep and Complextro sounds representing today’s most popular music styles! At 1.2GB, this comprehensive compendium makes it possible to produce complete dubstep tracks from A to Z!

Included are perfect Dubstep coordinated kicks, cymbals, smashing power snares, powerful synths, massive up and down lifting FX, plus complete beats and phrases as loops. Of particular interest is the “Multi Loop” folder, where each loop is available, broken down into in its components (only hi-hats, just kick/snare, etc…). All loops and tonal Oneshots are included, as usual, with accurate BPM pitch indication. But the best thing about this is the ultra-present sound quality itself – more pressure is simply not possible!

Essential Dubstep Vol.1 is available to purchase for 79 EUR. 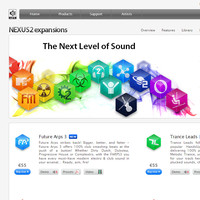 Future Arps strikes back! Bigger, better, and fatter – Future Arps 3 offers 100% club smashing beats at the push of a button! Whether Dirty Dutch, Dubstep, Progressive House or Complextro, with the FARPS3 you have every must-have modern electro & club sound in your arsenal… Ready, aim, fire!

Furthermore, Nexus2 was updated to version 2.3.5: