Rob Papen has launched eXplorer 5, the latest version of the instrument and effect plugin bundle, now including Go2, MasterMagic, and the new RAW-Kick drum instrument.

It’s official! Rob Papen, the legendary sound designer and synth expert behind Predator, Blue, SubBoomBass and many other award winning virtual synths, has announced the immediate release of eXplorer 5, the latest version of the complete Rob Papen synth & effects plugin collection which now includes a massive twenty software titles with over 15000 presets, which includes RAW-Kick which is also released today.

The eXplorer 5 bundle is now available for 499 USD/EUR. Various upgrade options are available to owners of Rob Papen products as well.

Based on the existing RAW virtual synth, RAW-Kick is a brand new drum plugin developed in conjunction with Dutch dance producers DJ Free-K and DJ Promo. 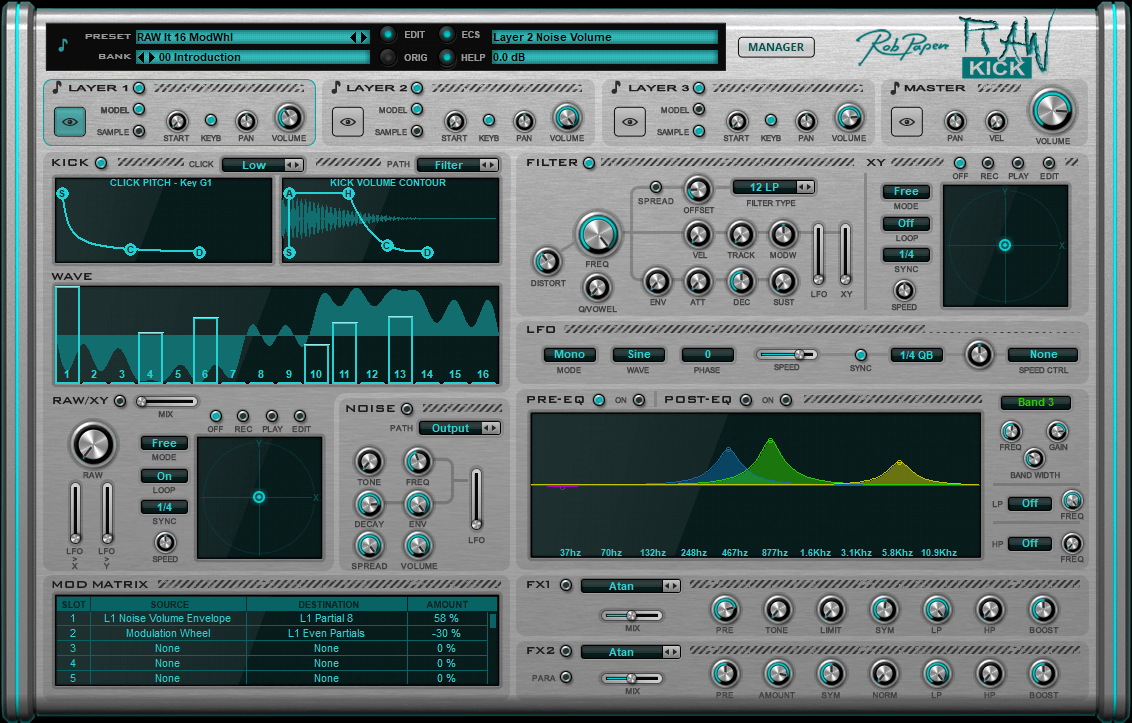 Containing over 450 drum samples, RAW-Kick delivers some exciting new features specifically designed for the modern dance producer including three individual layers to design, build and craft your kick drum sound in one single instrument. Each layer offers two modes so you can either select a dedicated kick synthesizer model or use a sample-based layer.

The ‘Kick Model’ type offers some new and unique features, for instance, the RAW amount. You can also control the harmonics which can have a huge impact on the sound, especially in combination with the extensive selection of distortion FX on board. There are also some clever little tricks in the ‘Master’ section to make your kick tight in the low end and wide in the mid/high range of the spectrum.

The RAW-Kick plugin (VST/AU/AAX) is available from Rob Papen and distributor Plugin Boutique, priced at 79 USD/EUR.