Rob Papen has announced a reduced price of its Predator synthesizer instrument for Windows and Mac in anticipation of the release of Predator 2. 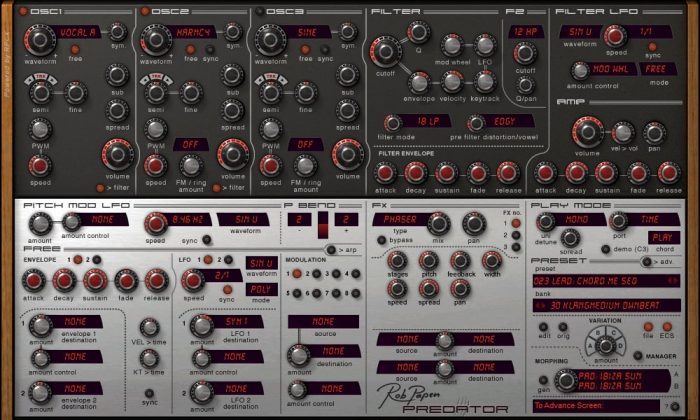 Predator 2.0 is scheduled for release in Summer 2016, priced at 149 EUR/USD. Those who purchased Predator in March, April or up to (and including) the 5th of May 2016 will receive a free upgrade to Predator 2.0. Other Predator users will be able to upgrade for 49 EUR/USD.

Predator is available for Windows and Mac (VST/AU/AAX).