Roland’s newly developed Analog Circuit Behavior (ACB) faithfully captures the sound and feel of some of our most revered classics. ACB is the technology behind the authentic sound and responsive behavior of the AIRA products.

It utilizes original design specs, consultation with original engineers, and a detailed, part-by-part analysis of each analog circuit in Roland’s own pristine units. 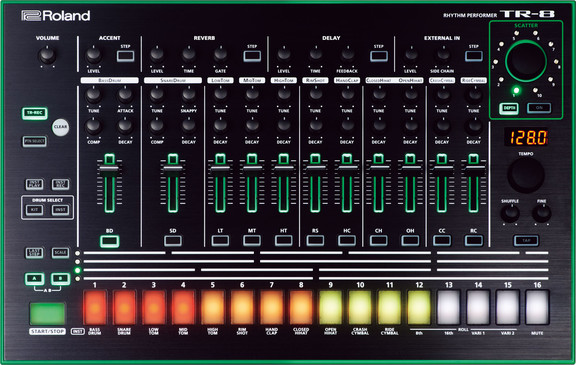 The TR-8 is a performance rhythm machine that melds the legendary sound and vibe of the TR-808 and TR-909 with features and functions for the modern age. 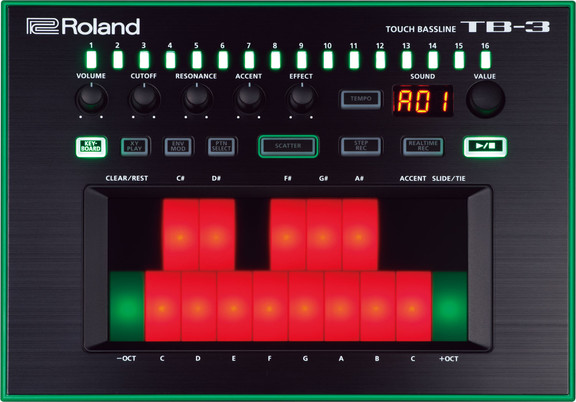 The magic of the TB-303 with new sounds and modern, performance-ready features

Based on the wildly influential TB-303, the new TB-3 Touch Bassline is a performance-ready bass synthesizer with authentic sound and intuitive controls engineered to play.

The TB-3 contains the unmistakable character of its predecessor, wrapped in a modern package with a pressure-sensitive touch pad that makes both playing and programming a total joy. 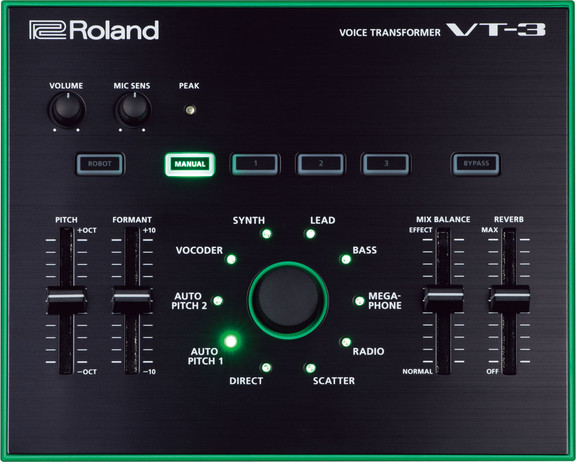 Easy voice transformation with vocoder, lo-fi effects, and synths you can sing

Aggressively processed vocals are common in electronic music today, but producing these effects easily and reproducing them live has been a challenge—until now.

With the VT-3 Voice Transformer, you can smoothly alter pitch and formant in real time to introduce heavily processed vocal sounds into your studio tracks and stage performances with zero hassle. On top of that, the VT-3 looks great and works seamlessly with other products in the AIRA series. 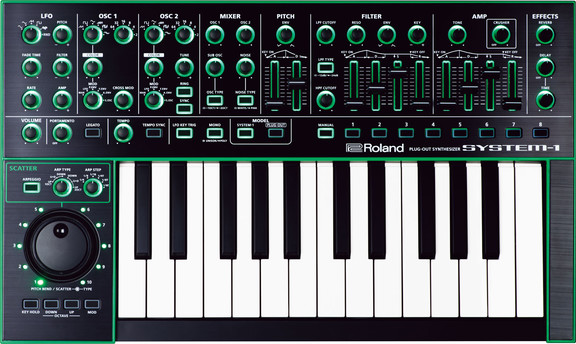 Back in the 1970s, Roland launched the SYSTEM 100, SYSTEM 100M, and the now almost mythical SYSTEM 700. These modular and semi-modular synthesizers are heralded to this day for their flexibility and character of sound.

In the spirit of its predecessors, the SYSTEM-1 breaks new ground with remarkable flexibility and access to a vast palette of tones with the bold, unmistakable character associated with Roland synthesizers for nearly four decades.

AIRA products will be available by the end of second quarter 2014.