Sample Logic has announced the release of XOSPHERE, a new virtual instrument library for Native Instruments Kontakt for creating atmospheres. 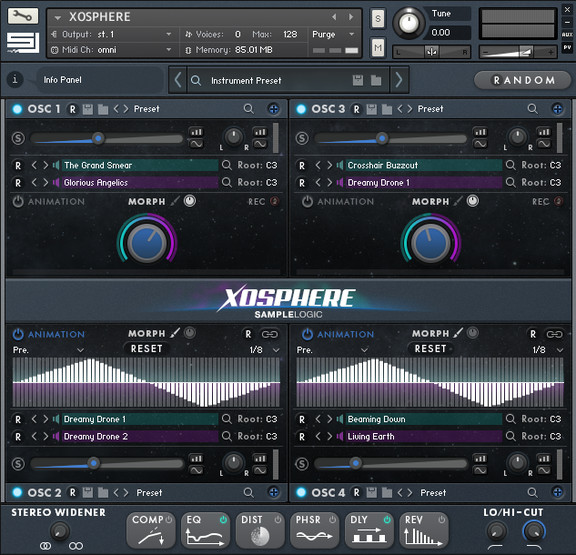 After years of honing the art of atmosphere creation, Sample Logic now brings you the most powerful atmosphere creation tool ever invented – XOSPHERE. Inspired by the principles of synthesis and sampling, XOSPHERE redefines how atmospheres are designed, implemented, and morphed to fit all genres of music and sound design.

This product provides advanced tools to simultaneously morph up to 8 unique atmospheres running through 4 morph module oscillators. At the heart of this is Sample Logic’s newest inventions, the Morph Knob and Morph Animator, which allow for seamless morphing between 2 atmospheres. Building upon the great success of the Step Animator and FX Animator from ARPOLOGY and CINEMATIC KEYS, this new user interface is Sample Logic’s most progressive design yet.

Combining animation with psychoacoustic sampling and hybrid synthesis, XOSPHERE is the last atmosphere tool you will ever need.