Sample Logic has announced the release of Cyclone Retwisted, an instrument library for Kontakt and Kontakt Player. 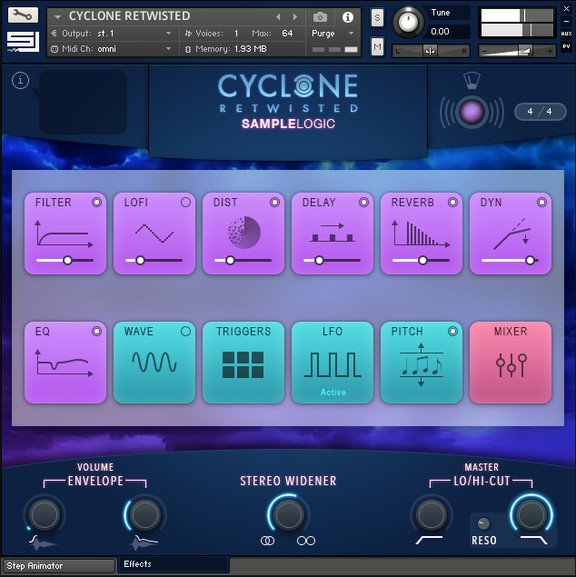 Cyclone Retwisted also includes the original Cyclone 1.0 in its entirety, as well as the Glow Multi expansion pack, providing a grand total of 850+ instruments and multis.

Cyclone Retwisted delivers multi presets and instruments that are production ready and can be quickly customized for instant transformation.

Cyclone Retwisted is available for purchase for $349.99 USD. The upgrade for original Cyclone customers is $49.99 USD.