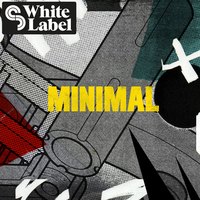 Sample Magic has announced the release of Minimal, the first in its new SM White Label series of sample packs.

The sample pack is available to purchase for £16.90 GBP.