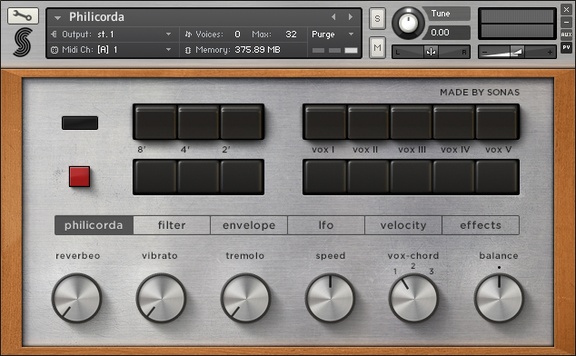 This is the first Philicorda virtual instrument available that has every single vox and octave combination sampled individually.

The original Philicorda contains 2 sets of switches, the first set activating octaves and the second set activating different voices, which generate different harmonic attributes. Initially we thought sampling would be fairly straight forward as we could just record the different voices at each octave and layer them together. But after studying the circuit diagram we realised this wasn’t going to be possible!

The library is available for purchase for £49 GBP.