SampleScience has announced the release of Famirom v2, a sample based NES sound emulator that uses a bank of 60 waveforms to recreate the sound of this legendary game system and its 2A03 sound processor. 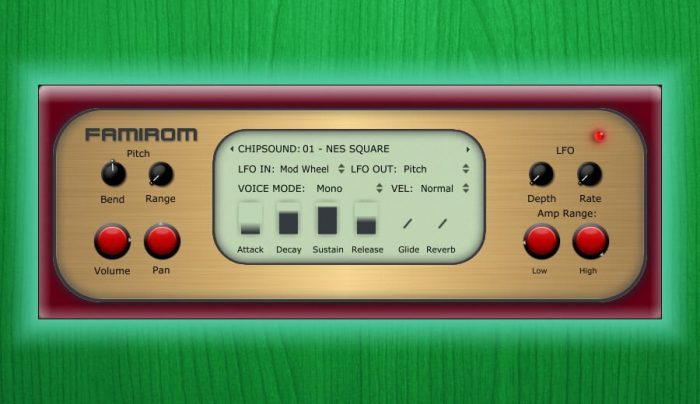 The instrument allows you to easily recreate any NES tones using a simple but intuitive user interface.

The waveforms used by the plugin were sampled from two vintage Famirom game systems bought many years ago. Their sounds were meticulously sampled and edited to be as close as possible to the real thing.

Unlike other emulations, Famirom is based on recordings from an original NES hardware soundchip.

Famirom v2 for Windows and Mac (VST/AU) is available for purchase for $14.99 USD.