Sinevibes has released version 1.1 of Fraction, a plug-in effect for deep real-time manipulation and re-engineering of sound. 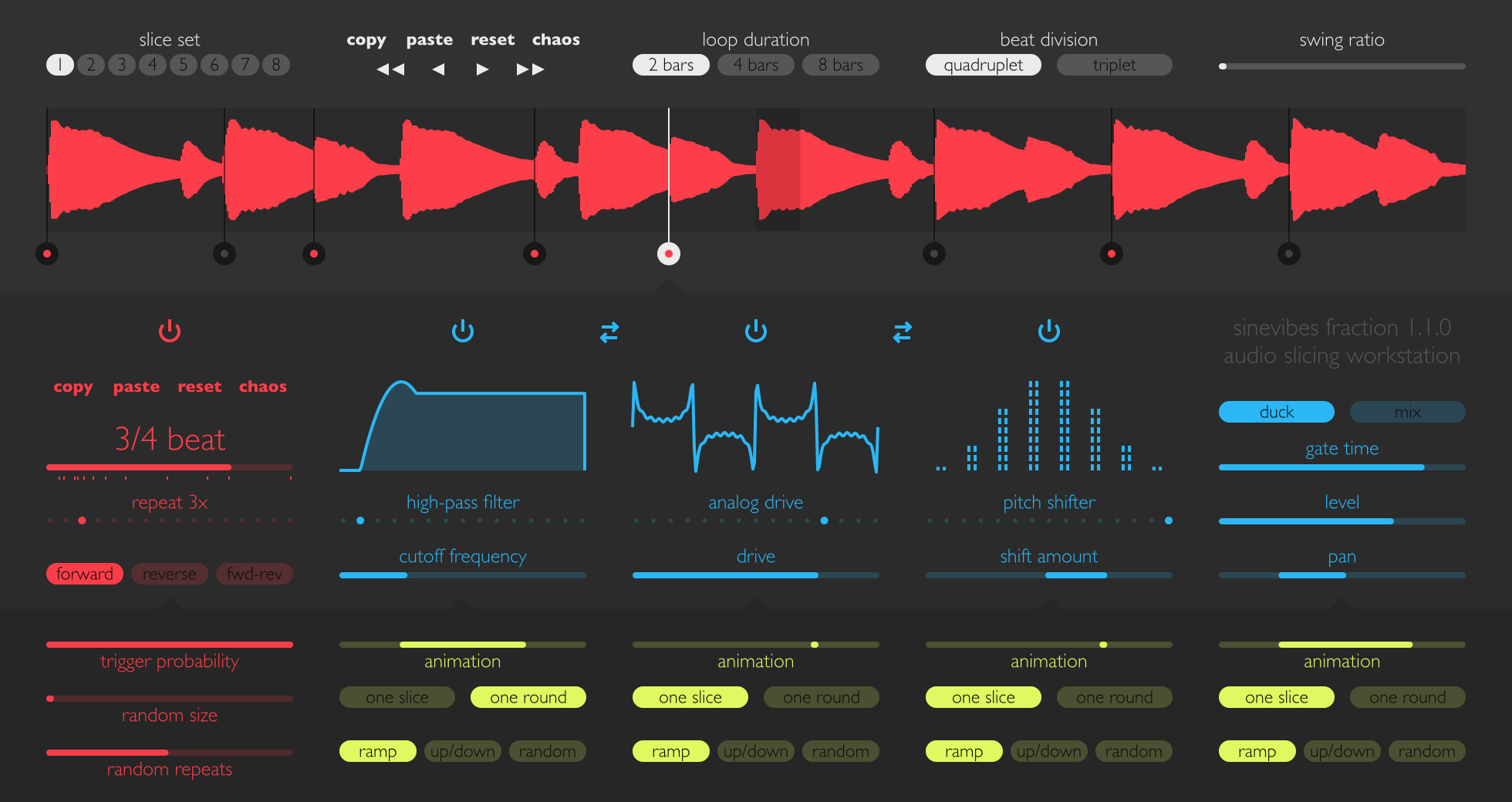 The update adds a host of new features such as forward-reverse playback mode, ability to change the order of effect units, and support for more time signatures. There are multiple minor enhancements to both the UI and the DSP efficiency, too.

Fraction for Mac (AU) is available for purchase for $69 USD. The update is free to all existing users.