Sonic Reality have announced the imminent release of Serafine FX Tron and Cinema Sessions Gold Edition, a massive range of sounds for film and other media. 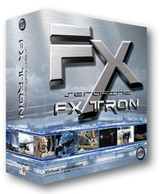 Designed for both Film/Media sound effects use and for music composition, Serafine FX Tron features sounds you can mold like clay. Whether it is interactive foley with advanced convolution reverb for matching sound effects to dialogue, or creating the ultimate alien creature’s roar by playing a lion mixed with a bear two octaves down the keyboard, the Serafine FX Tron virtual instrument is the ideal source for any sound effects needs.

Also being made available in the first Quarter of 2010 is the Serafine FX Tron Platinum HD with over 20,000 ready-to-go interactive playable sound effects, including the main FX Tron workstation, plus additional expansion libraries: Comic Sonic Relief, Drone, Foley, Guns of Cinema, Human Animal, Industrial, Sci-Fi 1 & 2, Vehicles and Water all together at a bundle price. FX Tron HD and Platinum HD come pre-installed on a 7200 RPM USB2/Firewire 400/800 portable hard drive for instant use. 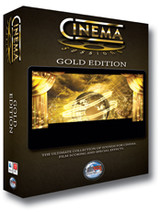 In the first Quarter of 2010, Sonic Reality is releasing a special Cinema Session Gold Edition which not only contains all 4 Cinema Sessions volumes for everything from wild orchestra takes to exotic sounds of the world, but also multi-dimensional and ambient soundscapes and additional orchestral film pads with weaving textures suitable for anything from TV/Film composition to cutting-edge electronic to pop music production and more.