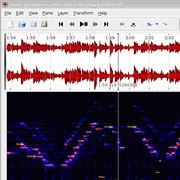 Sonic Visualiser, an application for viewing and analysing the contents of music audio files, was recently updated to version 1.8.

Sonic Visualiser is distributed under the GNU General Public License (v2 or later) and available for Linux, OS/X, and Windows.