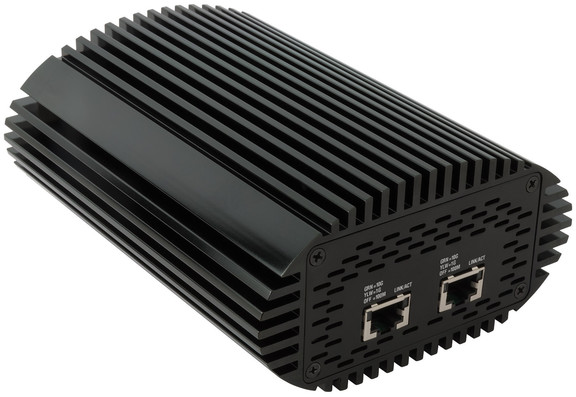 Featuring 20Gbps Thunderbolt 2 technology, the Twin 10G enables users to connect to high-speed infrastructure and storage systems using the 10GbE standard — offering up to 10 times the performance of Gigabit Ethernet, the common wired network connection included with most computers today. Support for Wake-on-LAN and other advanced features make this Sonnet adapter suitable for use in a variety of workflows and environments.

The Twin 10G is a striking example of “form following function.” The adapter’s sleek and rugged aluminum housing effectively dissipates heat, and a temperature-tuned, ultra-quiet fan to cool the components inside enables the Twin 10G to be used comfortably in noise-sensitive environments. The Twin 10G can easily be mounted inside Sonnet’s xMac™ Pro Thunderbolt 2-to-PCIe® card expansion system and rackmount enclosure for the new Mac Pro®, as well as the RackMac™ Pro rackmount enclosure for the new Mac Pro.

The Twin 10G offers easy setup and several advanced features. Link aggregation (teaming) of its two 10GbE ports increases throughput beyond what a single connection can sustain. Transparent failover between 10GbE ports keeps the computer connected in case a single cable is disconnected or one of the ports fails. Wake-on-LAN support enables users to remote wake the attached computer when needed, without otherwise wasting energy. The Sonnet adapter is configured through the OS X® Network control panel or Windows Device Manager.