Sonoma Wire Works has released version 4.0.12 of its DrumCore virtual drum instrument for Windows and Mac.

The update fixes the most common bugs and crashes users have reported. A “Show Owned” button has been added to the DrumCore 4 Browser view which makes it easier to navigate through what you own versus what is available to preview and purchase in the DrumCore 4 Store. 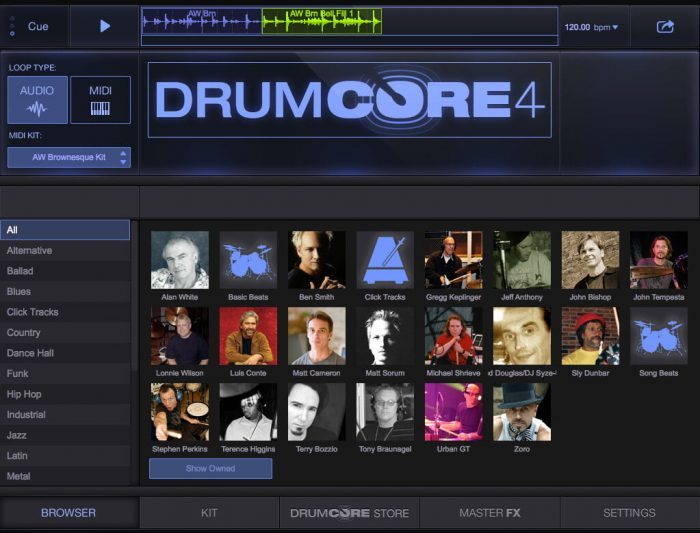 DrumCore 4 is a new and improved upgrade of the award-winning DrumCore 3 plug-in drum instrument with stereo 24 bit audio loops and MIDI recordings of inspiring performances by hit-proven drummers, plus great drum sounds across a multitude of styles. Now a 64-bit VST3/AAX/AU plug-in, DrumCore 4 has an improved interface and several highly anticipated features.

DrumCore 4 is the perfect tool for songwriters, composers, musicians and producers. Simply drag and drop grooves to tracks in most popular recording applications on Mac OS and Windows.

The update is now available to DrumCore 4 users.