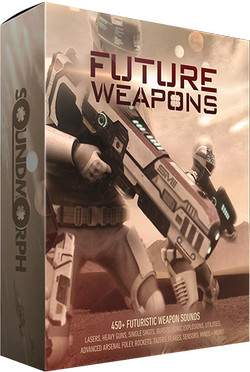 Providing excellent designed sounds and source to get you started on crafting your own advanced arsenal, Future Weapons is a must have for the twenty-first century sound designer!