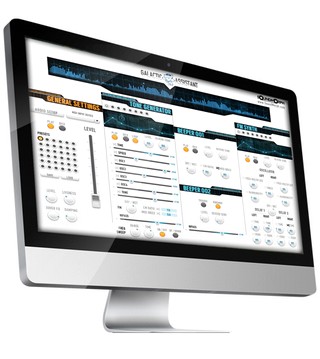 SoundMorph has announced the release of Galactic Assistant, a standalone synthesizer instrument for Windows and Mac.

Use it to design your own hi-tech interface sounds or create glitch or highlights for your musical project.

If you need even more interface sounds, Galactic Assistant is still included for free with our Users of Tomorrow soundpack, which contains over 1,800 different high-tech interface sounds, created by our sound design team using some of the most leading audio tools and software.

Galactic Assistant is available to purchase for $19 USD. It is also included as a free bonus in the Users of Tomorrow sound library (2.2 GB), which sells for $99 USD.