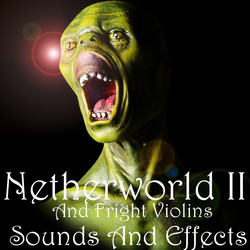 Sounds And Effects has announced the release of Netherworld II, a sample library in Kontakt, ReFill and Wav formats.

Sounds And Effects Netherworld II with Fright Violin Effects starts where Netherworld left off, it adds frightening and eerie violin special effects, such as slides, pitch dives and rises, and tremolando, special bowings, screeches and squeals generated by playing on the wrong side of the bridge, and more.

In addition to that there are more traditional monsters, like werewolves, zombies, vampires and bats, apparitions, ghouls and ghosts, haunted houses, and processed breaking glass.

The Kontakt and Reason presets generally make use of the mod wheel to control filter cutoff, or to cross fade to another version of the sound.