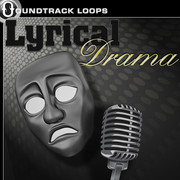 Lyrical Drama is available to purchase for $19 USD.