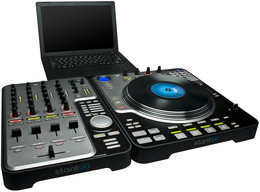 Tim Dorwart CEO of Stanton comments: “Our team is very pleased to be able to announce these updates. The new capabilities of the SCS.1d enhance the performance of both scratch and general platter control. This should certainly help those migrating from traditional DVS turntables, to controllers who require the additional features integrated into the platter, right next to the place their fingers are when manipulating the platter. The new presets for both SCS.1d and SCS.1m extend this functionality to a whole host of other applications for DJ’ing live, composing and mixing”