Steinberg Media has announced the release of their latest iOS app, Cubasis, a multitouch sequencer streamlined for the iPad that offers discerning musicians a reliable, portable music production solution in the proven Steinberg quality. 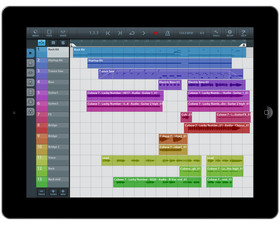 “Cubasis for the iPad is what many of our customers have been waiting for, and all Cubase users will instantly feel at home with it,” commented Carlos Mendoza Rohde, product marketing manager at Steinberg. “And with unlimited audio and MIDI tracks, export to Cubase and lots of loops, sounds and effects, Cubasis is sure to meet the expectations put upon a sophisticated music production and recording software.”

Cubasis features unlimited audio and MIDI tracks. Recorded tracks can be mixed with the integrated mixer, processed with more than ten audio effects the likes of compressor, equalizer and delay, and edited within the easy-to-use Sample Editor.

The included 70+ instrument sounds are based on Steinberg’s acclaimed HALion Sonic workstation, ensuring proven quality complemented by over 300 MIDI and audio loops. These can be triggered using the virtual keyboard and drum pads or by hooking up to Core MIDI compliant external keyboard. The Key Editor allows users to add and change MIDI notes efficiently.

Cubasis is available to purchase for 44.99 EUR including German VAT.