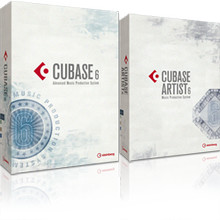 Steinberg has released version 6.0.2 of its Cubase music recording and production software.

The 6.0.2 update contains all improvements of the previously published 6.0.1 pre-release and adds full MP3 support to the Mac OS X 64-bit version. In addition, several minor issues have been fixed, including improved stability when using AudioWarp with élastique Pro algorithms and using ReWire applications with sample rates other than 44.1 kHz. For detailed information, please see the version history.

All users of Cubase 6 and Cubase Artist 6 are recommended to update to version 6.0.2, which can be applied to all valid 6.0 and 6.0.1 installations. The 6.0.2 update can be downloaded free of charge from the Steinberg website.