ILIO has announced that the Ivory II-Grand Pianos by Synthogy is 33% off from May 1st through May 31st, 2016. 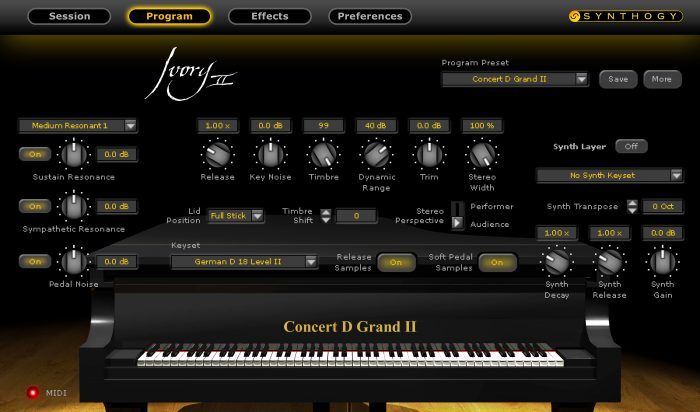 Normally $349, Ivory II Grand Pianos can be purchased for only $233 in May from ILIO.com or from most music product resellers.