Samplemodeling has launched The Cello, its second instrument of the Solo Strings series, developed by Stefano Lucato & Emanuele Parravicini in collaboration with Peter Siedlaczek & Giorgio Tommasini. 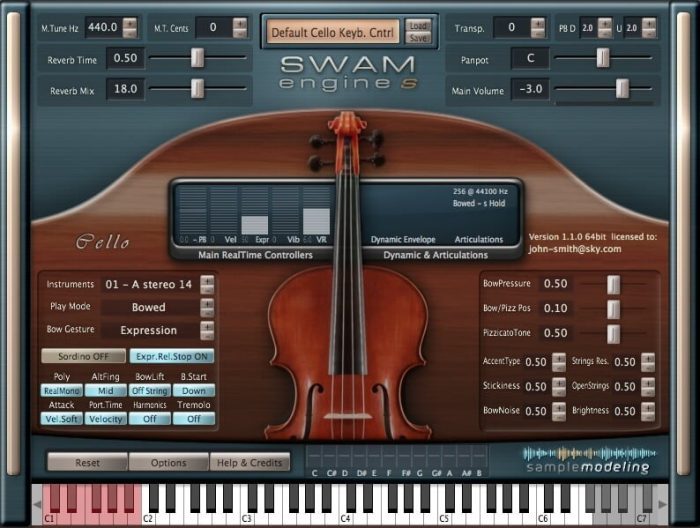 The newly developed Cello, exploiting a further development of our proprietary platform, namely the SWAM Engine S, and including all the features of previous SWAM-based instruments, plus a completely new set of incredible features, partially exploited in our recently released Viola, can now be purchased and downloaded from our website.

Virtually all the elements contributing to the sound of the real instrument have been introduced in this virtual cello. Bow speed, pressure, direction and distance from the bridge are under player’s control. One can also control the resonance of the played string, that of the open strings, the amount of rosin and bow noise, the sharpness of the attack, the bow lift (on the string vs. off the string) on both attack and release, the preferred finger position, and many other parameters. Each parameter can be assigned to any MIDI CC, allowing real time control.

The Cello for Windows and Mac (VST/AU/AAX) is available for purchase for 129 EUR (+ VAT if applicable). All Samplemodeling customers are entitled to a time-limited 10% discount until August 31st, 2016.