The Pensado Awards, an award show created by Herb Trawick and Dave Pensado of Penwick Media (the producers of the acclaimed online video series Pensado’s Place and other industry-leading audio-related media) as a means to acknowledge today’s emerging brand of music professional and “recognize the faces behind the sound,” held its third annual awards ceremony on Saturday, August 20, 2016, at Sony Pictures Studios in Culver City, CA. 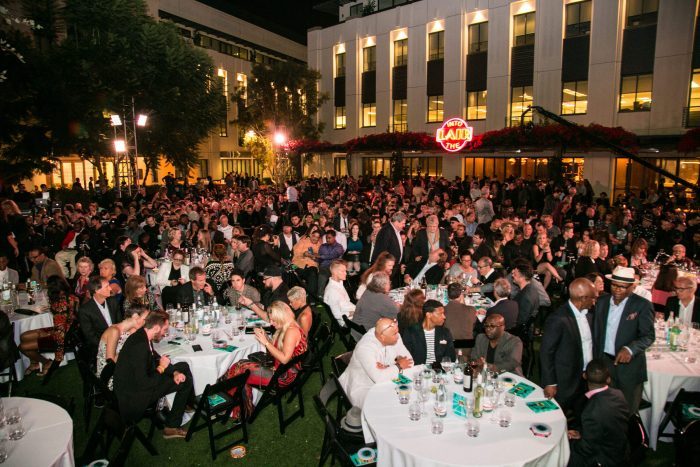 A truly special aspect of the evening saw the audio community banding together to raise funds and increase awareness around David Platillero, a talented young producer-engineer and musician who suffered a severe traffic accident earlier this year while riding his bicycle to attend classes at Nashville’s The Blackbird Academy. David’s injuries require intensive rehabilitation, so supporting David and his family was a key goal of this year’s Awards. Throughout the evening, Trawick, Pensado and the event’s co-hosts drove donations while the Pensado media and PR team helped raise awareness on social media by using the hashtag #WeStandForDavid. The audience went wild at the moment of a surprise appearance on stage by David with his father John Platillero and The Blackbird Academy founder and noted producer John McBride, who was one of the first people at David’s bedside in the emergency room at Vanderbilt Hospital. David and his family were truly touched by the outreach of the audio community and thanked everyone for their support and this amazing evening.

The Pensado Award show drew tremendous attention on social media with the hashtags #PensadoAwards and #WeStandForDavid, having over 500 posts that garnered over 5.5 million impressions.

At the ceremony, the following winners were announced:

A full list of nominees can be found at http://pensadoawards.com/award_categories.html. 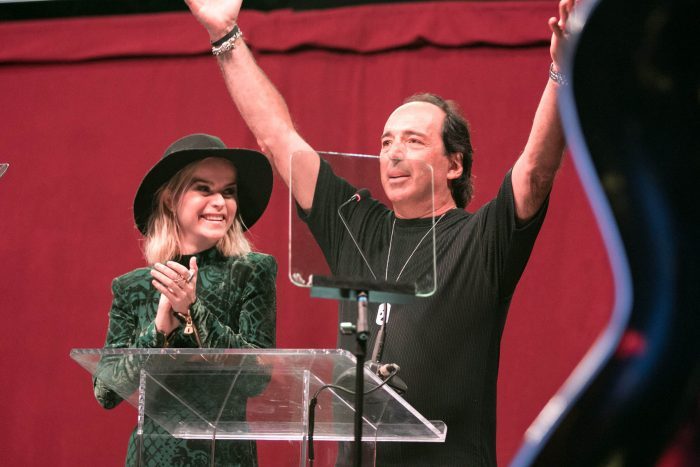 The culmination of the awards segment was the presentation of the Pensado Giant Award to Chris Lord-Alge by Focusrite President Phil Wagner and noted industry marketing/publicity professional Lisa Roy, both long-time friends of Lord-Alge and his family. Upon accepting the award, Chris gave thanks to many of his industry friends and clients, and very special thanks went to his brother Tom Lord-Alge, who unfortunately could not attend, and his mother Vivian, who had flown in from the east coast to watch Chris accept his award. Chris talked about when he was growing up and the influence and support from his mother, who always encouraged Chris and Tom to pursue their craft.

The Pensado Awards are a natural outgrowth of the ethos behind Pensado’s Place. From the self-taught basement amateur to the seasoned industry producer, all manner of music professionals are discovering new methods of working and novel ways to reach fans, and these awards are here to honor them. The awards highlight the brilliance and hard work of all those producers, songwriters, DJ’s, engineers, mixers, live wizards and behind-the-scenes technicians in audio that often go unnoticed. The Pensado Awards unites the best pros, amateurs, brands and press to come together as one community to celebrate the uncelebrated.

Herb Trawick, Co-host/Executive Producer and Creator of Pensado’s Place, as well as the Manager and Advisor to Co-host Dave Pensado, states, “The overwhelming response of the industry is that we hit it out of the park with this year’s awards. I congratulate all of our winners and nominees and thank our co-hosts, presenters and sponsors. This year’s ceremony gave us a chance to give back to one of our own by taking the opportunity to raise funds, awareness and support around David Platillero, who is one of the most amazing people I have ever met in my life. The audio community is one giant family, and both Dave Pensado and I feel so blessed to be part of that family every day. This year’s awards were the best yet, and the Pensado organization continues to grow and expand, so stay tuned, as we have so many exciting things to announce in the coming months.”