Edvīns Rakickis wrote an interesting article on mixing, in which he argues to question some of the established rules of audio mixing. 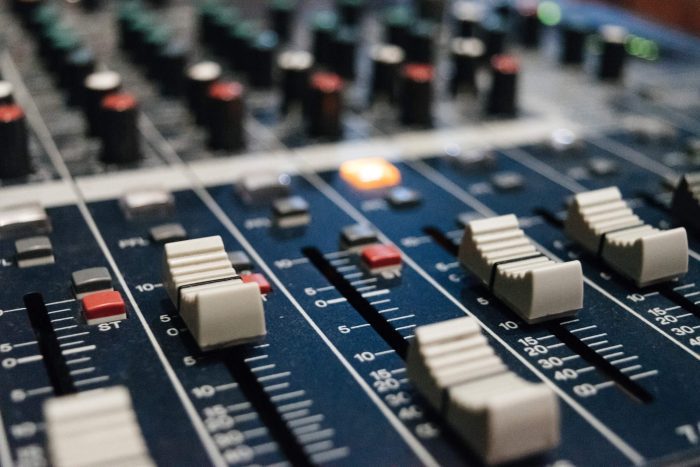 We’ve all heard and seen these elitist opinions that you should always do certain things in a mix and you should never do others in order to have a good, correct sound. While many such ideas (which are sometimes accepted as rules) sound legit when they are presented as general knowledge, they often lose their credibility when you start working on actual material and dealing with real problems.

Audio engineers from the boutique microphone manufacturer Violet Microphones have identified four mixing “rules” that are often being tossed around as unchallengeable when they should be questioned.

For example, there’s this really strange idea that you should use as little of additive EQ as possible to avoid bringing up any unnecessary noise.

The idea is to cut where needed, to allow the “good” frequencies to come through without any boosting.

While that is true to some extent and in some cases, it is in no way a hard rule.

Think of EQ as drawing a curve (graphical EQ’s are great for demonstrating it – in order to bring out the mids in a track you either have to boost the mids or cut the highs and lows.

While cutting would seem the more “correct” choice, in reality it would really just take more time and effort, as you would have to set the filters on both sides instead of just doing a quick bell boost.

Of course, in an ideal world you really would have everything recorded as perfectly as possible so that you would not have to do much when mixing, but the reality is a little different – we as mixers get to work on many different projects that are recorded in different spaces, a huge range of gear from cheap to expensive and it’s done by engineers that each have a different level of skills.

This is a super-hot topic on the internet at the moment.

The idea is that you should be always using live recorded drums in every mix without using any samples at all if you are a good mixer. Some even say that using drum samples makes everything sound the same.

This is not true at all – drum samples have been used by the best of the best mixers for decades, and most modern productions feature drum samples in some shape or form.

Do you think that Chris Lord-Alge gets to mix tracks that are recorded so poorly that he has no other choice than to print samples for all of the shells? Of course not.

The samples are used as a part of his mixing style that most people seem to love. It’s basically a stylistic choice.
Using samples has many different uses – blending in tones that help to augment the recorded tones such as adding more attack or sustain to a drum.

Samples also help to create hybrid sounds that would not be possible to achieve with live drums only. If you’re using only samples, it still does not change the fact that you still have to know how to mix drums!

You should always high-pass everything

This is an old golden rule that tells you to high-pass every track to clean up unnecessary low-end rumble and free up some of that valuable headroom.

In its essence, it’s not a bad idea – it helps instruments sit more in their own spaces without clashing with each other, but it can also lead you down a different rabbit hole – phase problems.

High-pass filtering can and will change the phase response of your tracks, which is not a big deal if you’re filtering whole busses.

If you filter separate tracks from a multi-miked instrument like a drum kit, for example, you can run into phase issues that can be very detrimental, so be careful. And check back to see if you’ve actually made an improvement.

Using a 6dB per octave filter will be the most transparent way of filtering out low-end that will not mess up the phase.

Before filtering be sure to listen to the tracks though – if they don’t sound like they have too much low-end rumble, leave them alone.

There is a lot of valuable information down there that can add up to a more lush and rich sounding mix. Just tame the excess low end later in mastering.

Don’t get tricked like this. It’s always tempting to get more gear, whether it is hardware or plugins, but it’s not what makes a good sounding mix – you are.

There are, of course, some plugins that are quite exclusive in their own way, but 95% of your mixing chores can be taken care of by using the basic stock plugins that come included with your DAW (Digital Audio Workstation) of choice.

The most important difference will be the visuals – plugins that come with DAWs are usually a little less flashy, but that certainly won’t make them sound worse.

Don’t feel bad that you don’t have that new shiny plugin, you can definitely recreate the effect in your DAW. Also, stock plugins are bulletproof stability wise, which can’t always be said for third party software.

Don’t dismiss your own approach

Mixing is a problem-solving mission.

At the end of the day, all that everybody will hear is the end result and nobody will ever say that you did something wrong if it sounds great.

This might sound cliché but has to be stressed over and over again if we want to preserve the creative and entrepreneurial spark of this industry – do whatever it takes to make the tracks pop out of the speakers the way you or your client wants them to, no matter what the “rule book” says.

Have any thoughts on the matter? Leave a comment below!