Tone2 Audiosoftware has officially announced the forthcoming release of Electra2, the successor of theElectraX synthesizer instrument for Windows and Mac. 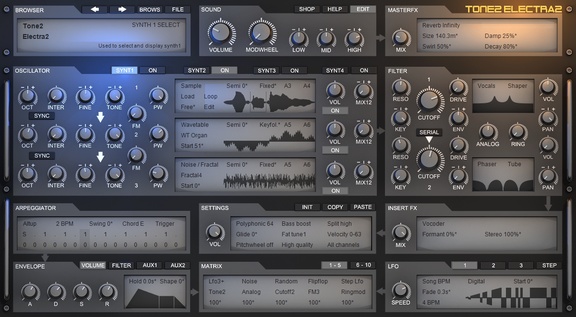 Coming early July, a major upgrade to our successful ElectraX synthesizer workstation will be released. Equipped with a high quality sound engine, multilayer support and a large range of music production features, yet designed in a way that puts you in control.

Electra2 will have a large number of new features, like a comfortable patch browser to give you an instant overview of all available categories and sounds. 16 new effects, a sample editor, physical modeling synthesis, 5 new filter types, enhanced sound quality, improved user interface and a huge number of further enhancements.

Electra2 will be available in early July, 2014. Until the release, a purchase of ElectraX will come with a free update to Electra2 upon its release.