Tone2 Audio has announced the release of an update to the Windows version of its Electra2 synthesizer workstation instrument.to v2.7.5. 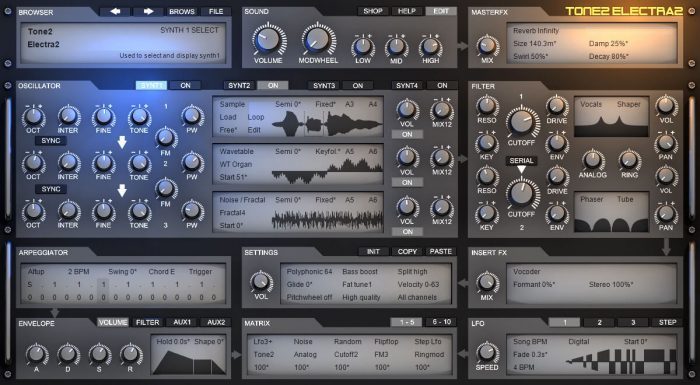 This update comes with a completely new standalone-version for PC. It also fixes some problems on PC.

The update to v2.7.5 is available for free and is downward compatible with all previous versions. All existing song projects and patches can be loaded without any further steps necessary.

Electra2 is available for 149 EUR / $179 USD. It comes in VST and AU plugin formats. A free demo version can be download from the website.