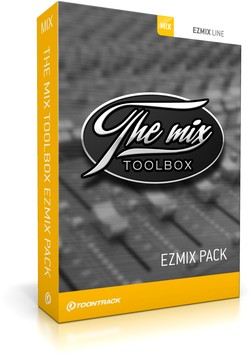 Toontrack has announced the release of The Mix Toolbox, a new presets pack for the EZmix 2 effect plug-in.

Today Toontrack released The Mix Toolbox EZmix Pack, an expansion for EZmix 2. It comes with a collection of extremely well-crafted presets specially designed to overcome some of the most classic mix and master hurdles you might find yourself in – a bag of tricks that shouldn’t be missing in anyone’s creative palette.

All content was designed by engineer Mark Hallman, known for his work with Carole King, Ani DiFranco and Toontrack’s Americana EZX.