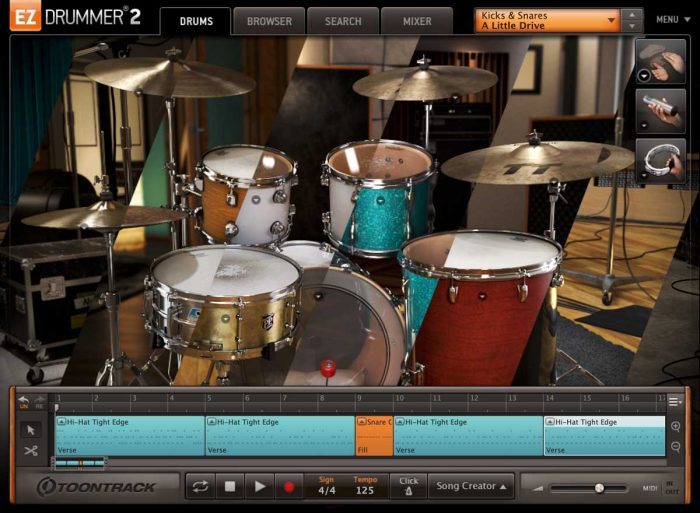 The new EZX is suitable for anything from custom kit creation and sound replacement to acoustic/organic, modern pop, hip-hop, ambient and electronic.

Regardless of genre or style, arguably any engineer would agree: the kick and the snare are irrevocably the two biggest focal points of not only the rhythm section but also the entire mix.

The Kicks & Snares EZX zooms in on delivering exactly that: kicks and snares. An overwhelming amount of them, we might add – in total 74 multi-sampled and never-before-released instruments recorded in eight different top studios in Australia and the UK.

The expansion includes a wide range of alternative tunings and recorded configurations, with a total of around 130 unique kick and snare voices. Each kick and snare position has four extra channels featuring individually processed versions, allowing you to infinitely tweak and find your personal blends for each instrument.

Close to 100 unique kit presets are included, covering anything from traditional/organic mixes to those involving elaborate sound design. Additionally, one set of toms, two crashes, one ride and one set of hi-hats are included for easy kit construction.

Save 80% on Blvckout Trap Kits Bundle at ADSR Sounds