Toontrack has launched the EZkeys String Machine, a new EZkeys library featuring the sounds of the Solina String Ensemble synthesizer and other classic machines. 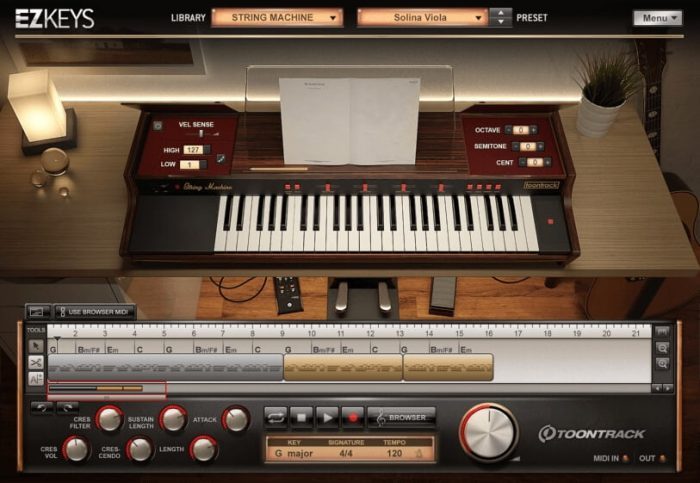 The String Machine sound library is based around a meticulously sampled mid-seventies Solina String Ensemble synthesizer, but also comes with a collection of sounds sampled from several other machines of the same era.

Combined with the rich selection of presets and instrument blends, EZkeys String Machine paints a sonic landscape of never-before-heard hybrids of sounds sure to become a staple in your arsenal of creative tools.

EZkeys String Machine for Windows and Mac (VST/AU/RTAS/AAX) is available for purchase for 139 EUR. 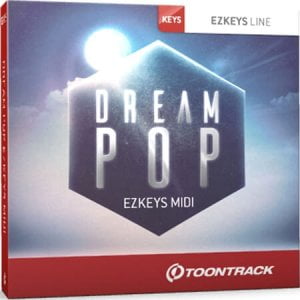 The Dream Pop EZkeys MIDI pack was influenced by the genre of dream pop as a whole, but also loosely based around the EZkeys String Machine instrument and its rich palette of sounds.

Even though it comes with traditional piano or keyboard playing styles and works just as well with any instrument in the EZkeys Line, the separate section of “dream pads” related to each song is tailored for ambient and ethereal soundscapes.

This is the perfect collection of EZkeys MIDI for anyone looking to write big, modern pop songs. Slice, dice, mix, match, change and rearrange – let your creativity run free.

Dream Pop EZkeys MIDI is available for purchase for 25 EUR.