Toontrack has announced the release of a new drum expansion pack titled The Rooms of Hansa SDX, a massive collection of drums captured in the four different rooms of the Hansa Tonstudio. 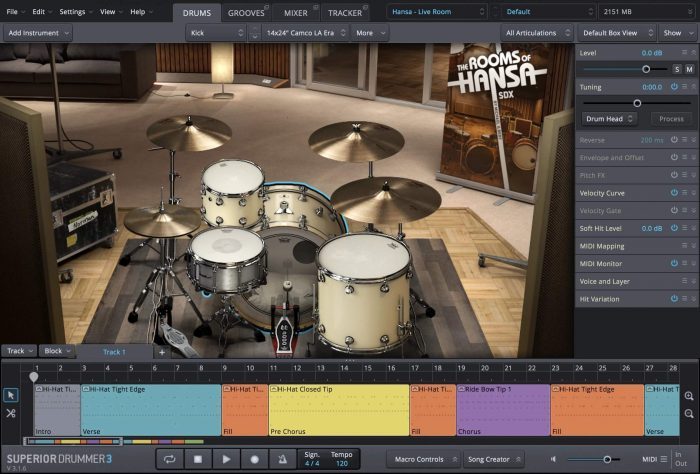 The Rooms of Hansa SDX features drums produced by Grammy Award-winning recording/mixing engineer Michael Ilbert in one of the most iconic studios currently in existence: the Hansa Tonstudio in Berlin, Germany. With a broad and handpicked collection of drums captured in all four available rooms on the studio premises, this SDX showcases an incredible width in regard to both tonal range and ambience.

Welcome to a unique collection of drums, all touched by the inimitable soul of a studio whose legacy is forever etched in music history.

The Rooms of Hansa SDX features

Note that this expansion requires Superior Drummer 3.1.7 or higher.