Cescato Musiktechnologie has released v2.30 b5 of Trans Computer Maschine, a free synthesizer plugin for Windows. 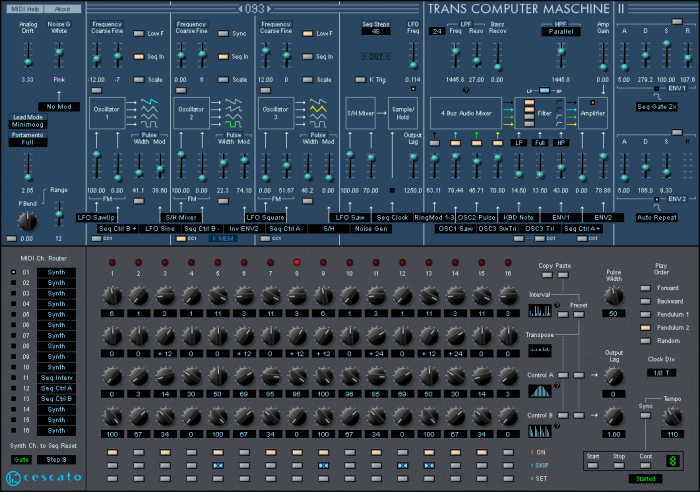