Native Instruments has launched Tropical Frequencies, an NI original series dedicated to mapping new breeds of electronic dance music born from the fusion of bass music and traditional music from across the globe. 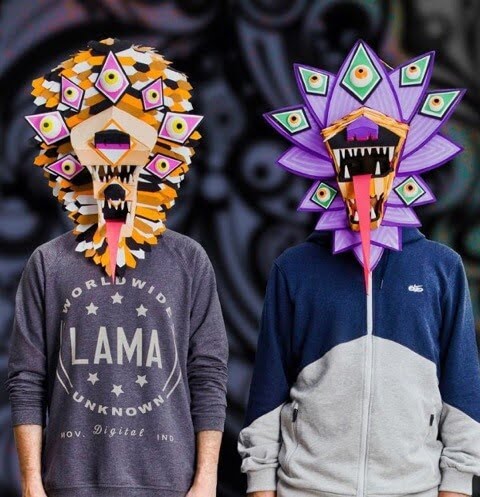 Directed by Sabroso!’s Luis Antonio Delgado, Poder Verde follows digital cumbia pioneers Dengue Dengue Dengue! to Iquitos – a city in the Peruvian Amazon – to meet and record with the legendary psychedelic cumbia band Los Wembler’s de Iquitos. Along with DJ and promoter Alfredo Villar and the Wemblers themselves, the Dengues share valuable insight into the history and evolution of Peruvian chicha and psychedelic cumbia music throughout the journey. Complementing Poder Verde, a second video feature showcases the story behind the beloved Lima collective Terror Negro. Told by the protagonists themselves, the video tells how the collective quickly grew to become a driving force of the Lima sound.

In addition to the videos, TROPICAL FREQENCIES will actively reach out to the community with Native Sessions events in London, Berlin, and LA.
Each event will dissect the cultural and social ecosystems that are inspiring diverse subgenres directly with the DJs, producers, and personalities who are shaping their community’s sound. As a special bonus, a small number of attendees will receive a limited 12-inch Poder Verde vinyl that features the finished results of the Dengue Dengue Dengue! and Wemblers’ collaboration featured in the Poder Verde film.

Also part of the TROPICAL FREQUENCIES launch, Native Instruments is offering special pricing on selected KOMPLETE Instruments seen in the videos or used frequently in bass music production. Until July 31, POLYPLEX and DISCOVERY SERIES: WEST AFRICA are 25% off regular price at the NI Online Shop, while prices on MASSIVE, ABSYNTH, and FM8 are now permanently reduced.

As incentive for DJs to actively discover global bass, a curated selection of standout bass music releases from Hyenah, Daniel Haaksman, Symbiz, and Rhythm Staircase is available in Stems format. Producers can go a step further by entering their own remix of Haaksman’s Black Coffee in a contest held by Man Recordings. The winning remix will appear on the forthcoming African Fabrics remix album by Daniel Haaksman.

Polyplex and Discovery Series: West Africa are available at a 25% discount until July 31st, 2016.