u-he has released version 2.2 of Zebra, the virtual synthesizer plug-in featuring subtractive and additive synthesis with a powerful modulation engine and a built-in effects section. 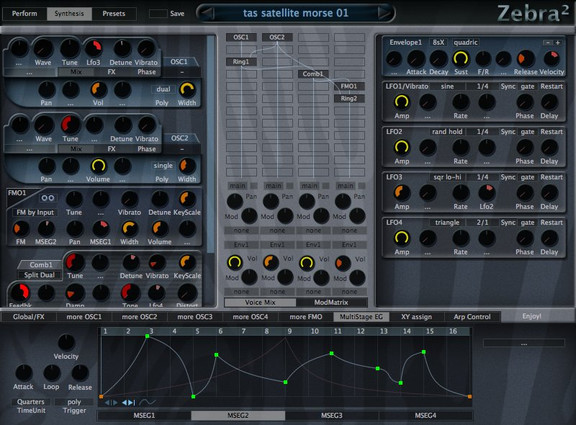 This list is probably not comprehensive, but as a result of a major overhaul of the u-he plugin engine and of a lot of effort put into improving the user experience