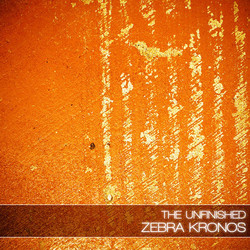 The Unfinished has launched Zebra Kronos, a collection of 180 sounds for the Zebra2 synthesizer by u-he, aimed at cinematic scoring and atmospheric electronica.

Pulsing, shimmering, driving, moving… At the heart of most modern film, television and game scores are kinetic, spacious and rich synth sounds. Kronos provides a captivating and energetic glimpse into this world of organic, analogue noises.

Zebra Kronos is all about drama. Taking inspiration from cinematic-synth crossover artists such as M83, Cliff Martinez and Olafur Arnalds, as well as the spacious and action-packed sound of game scores such as Mass Effect, Deus Ex: Human Evolution and Mirror’s Edge.

As ever for a Zebra soundset, each patch features creative programming on the modwheel and the x/y performance pads.

Zebra Kronos is available for purchase for £24.99 GBP.

A Dark Edition of Zebra Kronos is also available, which contains the original version of Kronos, plus an expanded collection of a further 180 sounds, optimising the original patches for u-he’s Zebra HZ/Dark Zebra.