Universal Audio has announced the release of UAD Software v9.0.

The API 2500 Bus Compressor is a fixture on the stereo bus of many the world’s top engineers and producers. Considered the best of the Paul Wolff-era API circuit designs, this iconic hardware is relied upon to deliver energy, movement, and tone to stereo mixes and subgroups.

Available in the UAD Store for $299, the API 2500 Bus Compressor plug-in for UAD-2 hardware and Apollo interfaces is a spot-on emulation of this classic compressor, capturing its all-discrete circuit path with Thrust® circuitry and features a fanatically detailed modeling of API’s custom transformers and 2510 and 2520 op amps.

Using “for-your eyes-only” schematics made available to Universal Audio by API, our team of DSP experts analyzed two classic API 2500s — rackmount and in-console — ensuring one of UA’s tightest behavioral circuit models to date — and the definitive representation of this iconic compressor.

Developed for the UAD Powered Plug-Ins platform by Softube, the Chandler Limited Zener Limiter plug-in is an exacting emulation of the high-end hardware.

Inspired by the iconic EMI TG limiters and rare RS168 from Abbey Road Studios, the Chandler Limited Zener Limiter is an evolution of the limiters used to track Pink Floyd and The Beatles, now reimagined to work in a modern context with a greatly expanded range and new settings.

With its array of six bucket-brigade delays, LFO and modulation controls, and flexible panning, the A/DA STD-1 Stereo Tapped Delay is revered by guitarists for its complex modulation, and engineers who use it to widen signals and add unique spatial effects to vocals, drums, synths, and more. 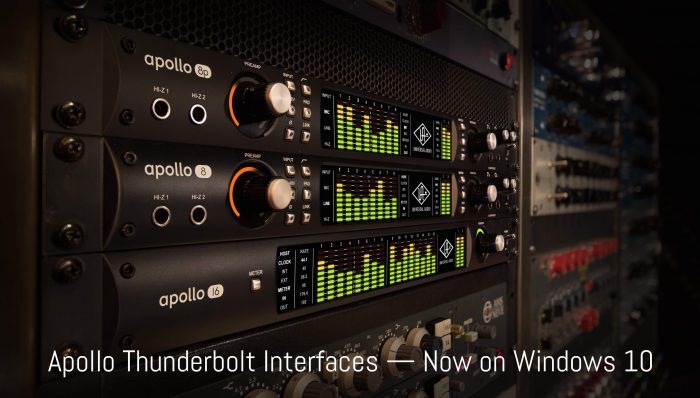 UAD Software v9.0 for Apollo Audio Interfaces and UAD Accelerators is now available for download for Windows and Mac.