Modern U features 6 discrete phase-aligned fully mixable microphones with interactive mic display, real deeply sampled resonance for both pedal down and sympathetic resonance types, complete control of up to 5 pedals including the new Sordino pedal, and more.

Modern times call for a modern virtual piano: Highly detailed and intimate, clean and crisp, a new piano sampled with the finest gear in a modern space, able to shine or blend in as desired. A realistic precise response using any controller, plus sophisticated controls and presets with tweakability rarely seen in a virtual piano. High res graphics, deep sampling and scripting but easy on the system.

We’re happy to introduce the Modern U, sampled from a brand new popular studio upright piano with a modern approach. It’s just an upright you say. Why sample an upright instead of a grand? Prepare to be amazed. 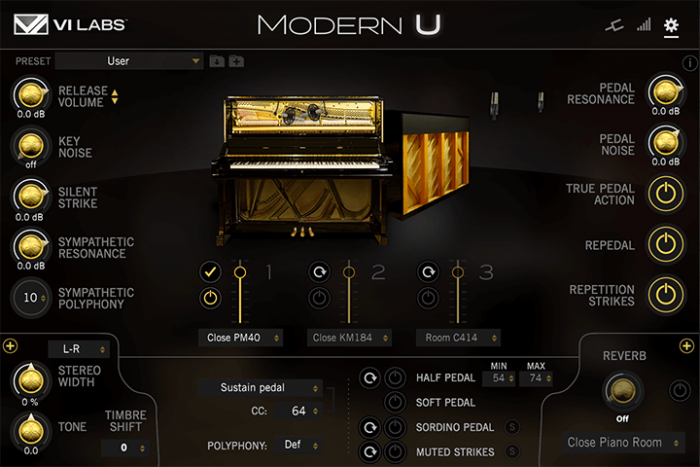 Modern U for UVI Workstation 3 is available for $169 USD from VI Labs and distributor PluginFox.