W.A. Production has launched the Helper Series Bundle, a collection of 3 effect plugins. 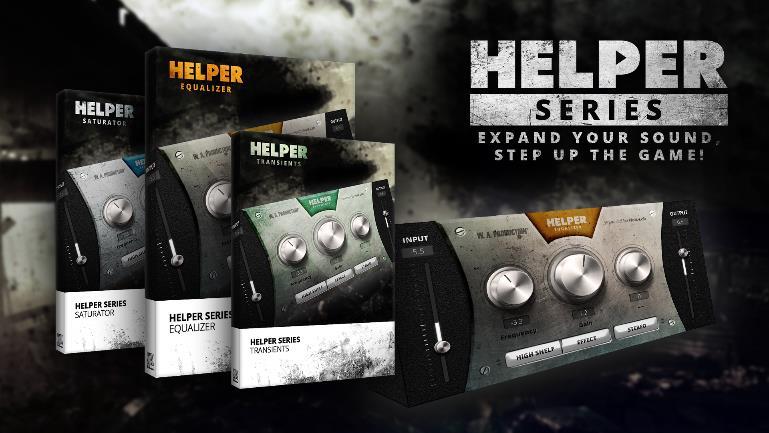 If you’re a big fan of W.A. Production’s killer plug-in – Pumper, then you shouldn’t miss out on this series of simple-to-use plug-ins. The Helper Series are designed to bring your music mixing game to the next level and be vital mixing tools for you to add to your arsenal. It doesn’t matter that you use it on individual channels or groups or the master channel, it guarantees to bring good results to your music.

Give your music an opportunity to stand out from the rest with these simple-to-use yet versatile plug-ins as we have carefully designed them to ensure that they are worth it and bring magical results to your song.

The Helper Series Bundle for Windows and Mac (VST/AU) is available at 30% off until May 9th, 2017. The plugins are also available separately.

The Pumper Stereo Imager is 60% off during the sale as well.

Pumper Stereo Imager is a stereo image processing plugin which enables you to create wideness within your mixes.

With this simple yet effective plugin you’re able to add width to your sounds by using one single knob, without creating phasing issues in the mix. This great technique can be used in any scenario, whether it be applied to single or grouped tracks during the mixing and mastering process.