W. A. Production has released an update to InstaChord, a MIDI Processing plugin that is designed to help you play chords and chord progressions in a simple way.

Version 1.2.0 comes with a new Chord Learn Option, which makes adding custom chords easier. Also included is a new Strum mode with velocity controlling the speed of the strum. 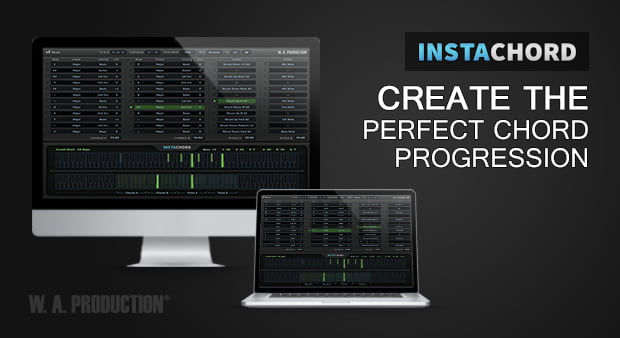 The foundation of a great song is based on its harmonic movements and chord changes which often is called chord progression. A change in chord progression can have a drastic effect on the mood or direction of a song. Even those with a background in music theory can experience repetition and stagnation. Using richer chords and new chord progressions can take the song to a new level and make it sound unique and professional.

Whether or not you are an experienced musician or just a beginner, with a vast chord bank and amazing playability, Instachord has something to offer to you.

InstaChord is available from Plugin Boutique for $69 USD.