Waves has announced the release of the Abbey Road Studios EMI TG12345, a channel strip effect plug-in modeled after a legendary solid-state console from EMI. 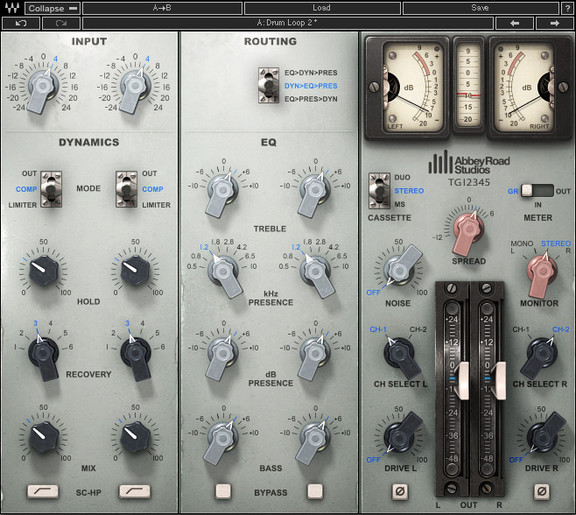 Waves and Abbey Road Studios bring to life the legendary TG12345, the first-ever solid-state console from EMI which epitomized the sound evolution of the late ’60s and early ’70s and helped shape groundbreaking recordings by the Beatles, Pink Floyd, and many others.

Thanks to meticulous component modeling, the Waves/Abbey Road EMI TG12345 channel strip plugin captures every celebrated feature of the one-of-a-kind original console: the input mic preamp, down to every last detail of its harmonic distortion, hum and noise; the bass and treble EQ bands from the mic cassette; the presence EQ band from the console’s group/main section; the lush-sounding spreader; and to top it all off, the console’s famous compressor/limiter, with its distinctive, irresistible sound.

The plug-in is available for purchase for the introductory price of $99 USD (Native) / $149 USD (Soundgrid).