Wavesfactory has announced an update to its The Tack Piano, a piano library for Native Instruments Kontakt featuring an upright with thumb-tacks on the hammers. 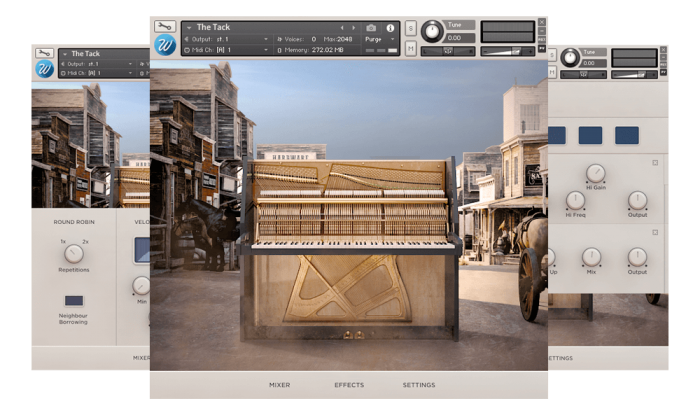 We are thrilled to present to you the new Tack Piano library. We originally released W-Honky back in 2010, being a basic upright piano mixed with a synthesized waveform to get the metal pluck. It had no round robin, no velocity layers, no release samples. In 2015 we released the first version of The Tack which included release samples, round robin and effects.

Today we release The Tack Piano, completely re-sampled from scratch, sounding better than ever being an authentic tack piano. Featuring a new UI with new effects, multiple mic configurations and advanced settings.

It’s a dream come true for real tack piano fans like myself and a must-have in your piano collection.