Loopmasters is offering you a chance to win a copy of Transitions EP, the recently released sample pack by Israeli producer Guy J. This is the first in a brand new Artist EP series of sample libraries featuring full tracks and all components used to make those tracks. 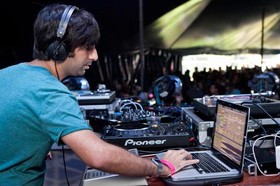 2012 sees Guy kick off an exciting new project with his close colleagues and friends at Bedrock: his very own imprint “Lost & Found”, a sub-label for John Digweed’s long running mothership where he’ll release music by himself and his favourite producers.

Then there’s the small matter of a release on Cocoon, one of the most highly regarded labels in techno and beyond, and some exciting collaborations in the pipeline with some other inspiring artists. 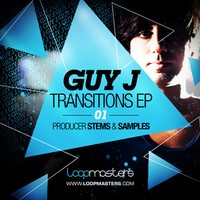 He’s also launched a new series in partnership with Loopmasters which sees a full blown Artist EP released together with all the loops, hits and stems used to create it. Guy J – “Transitions” is a beautiful collection of four deep hypnotic House and EDM tracks together with all the associated sample used in the production of them.

This brand new concept takes four fully produced tracks from Guy J and gives you all the components used to make those tracks for you to dissect, remix and restructure all completely royalty free. Included are all the usual formats normally seen in our award winning sample library’s such as Loops, Hits, Rex files and Sampler Patches, giving you not only four fully mastered ready to play out club tracks but all the audio used to create it to play with.

All you need to do for a chance to win the Transitions EP pack is read the Guy J interview at LoopBlog and answer the following question:

You have until Sunday 23rd, 2012, 11.59pm CET to submit your answer.
The winner will be selected randomly from all the correct entries, and announced the following Monday. Good luck!