Wusik has announced the release of Wusik Station 8, a synthesizer instrument for Windows and Mac. 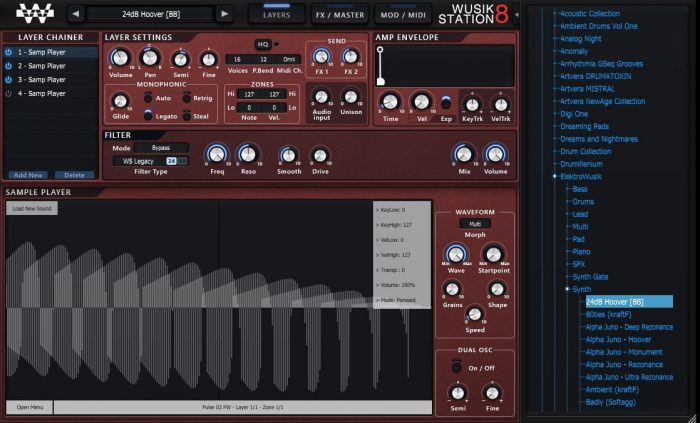